Bailey Callahan Live at The Alpine 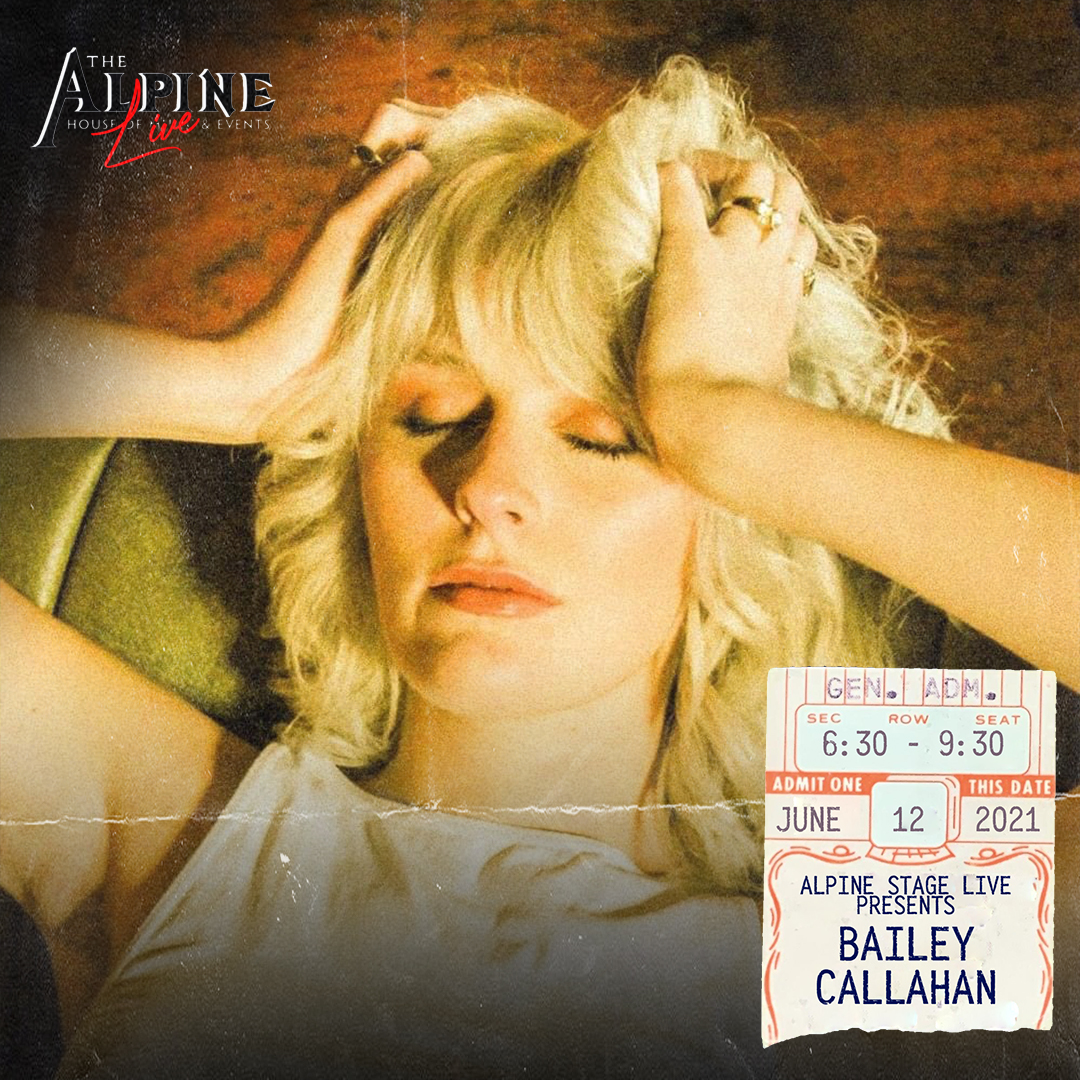 Bailey Callahan is a gal who lights up a room; her aura illuminates before she even enters. A singer/songwriter and recording artist who reigns from sunny Florida and now makes Nashville her home, Bailey is a vibrant young woman who lives in the moment but most definitely has a plan for the future. In short, Bailey Callahan thrives in a whirlwind!

While Bailey is most certainly characterized by her fun-loving, carefree personality, what lies beneath her effervescence is a tenacity and determination that makes her a force to be reckoned with. She navigates her business within the music industry with moxie and grace. In the last two years, she has played more than 300 dates sharing stages with some of country music’s hottest names including Luke Combs, Hunter Hayes, LOCASH, Scotty McCreery, Jesse James Decker and a multitude more. She even sold out the House of Blues in her hometown last year. Her self-titled EP, which charted at No. 43 on iTunes (2017), flawlessly tied together the origin of the “Bailey Callahan Diary” past and present, and with a hopeful future. She expertly balanced young-hearted romanticism with maturity to offer an irrevocably relatable quality that “CallaFans” and country music fans alike latched onto. Outtakes such as “Another Ex” offered listeners an intensely personal look into unrequited love while “Wildcard” revealed the uncharted territory that comes with new-found romance. Esteemed magazine Cowboys & Indians premiered Bailey’s “State of Mind” single in September of last year and the corresponding music video two months later. “If you liked the sound of Bailey Callahan’s song “State of Mind” when we premiered it a while back, you don’t have to wonder anymore what this platinum powerhouse looks like when she’s rocking out,” wrote the magazine’s Dana Joseph.

Never one to let dust settle, Bailey has been diligently working on her follow up album, due out in the summer. The hard-driving “Bitter” leads the collection, produced by Robbie Artress, releasing early March. “When I release new music, I look at it as if it were a new era in my life,” she told Cowboys & Indians. “A new outlook and perspective with an altered and vibrant color palette all its own make for a familiar but different sound.” Bailey’s bubbly outlook, vivacious spirit and “go big or go home” mantra led to deals with Jeep, American Bonfire sunglasses and Taylor Guitars. She is a savvy, no-nonsense, get down to brass tacks woman. At the end of the day, her proven sensibility combined with her undeniable talents is launching Bailey Callahan on the path to making her sky’s-the-limit dreams come true.