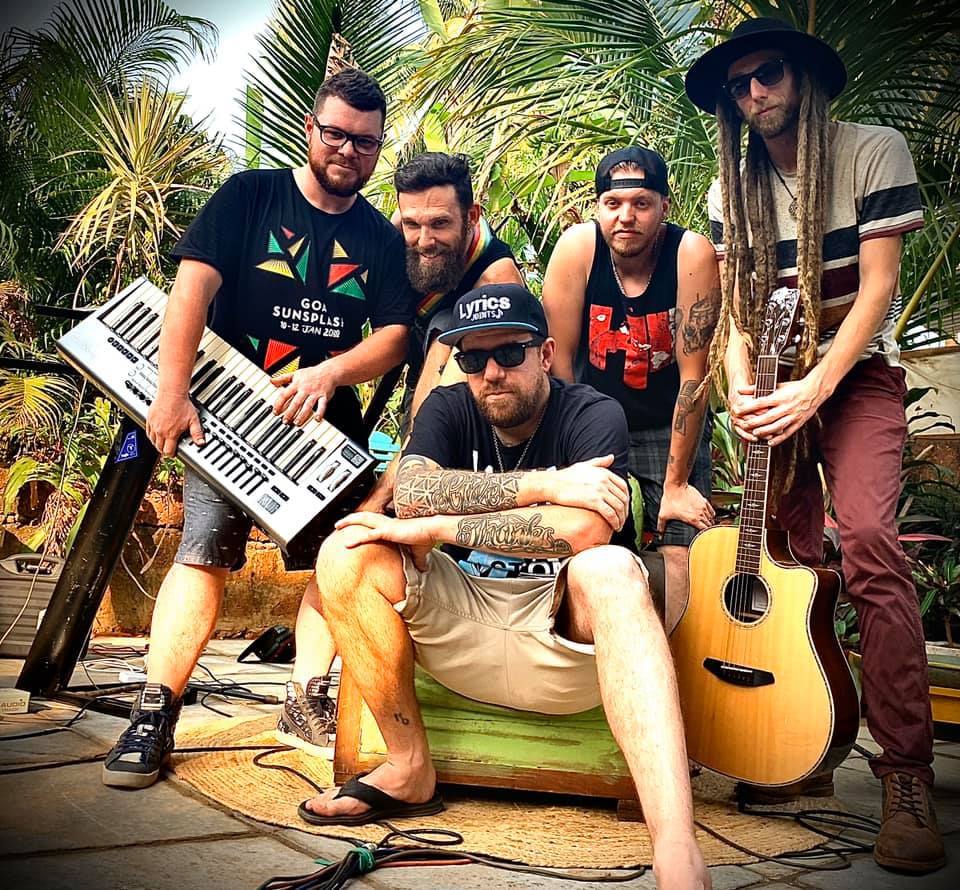 Jah Sun brings his message of love and unity with a variety of vocal styles. From fierce hip-hop explosions, to melodic ballads, and roots anthems he brings something for everyone. Regardless of style, the common theme throughout all of his music is the consistent message of positivity, love and respect, and kindness to all.

Thompson grew up with a love for music. His dad began teaching him drums when he was 5 and from then on he knew music was to play a pivotal role in his life. He was 18 when he started really playing guitar and developing his stills in that realm. Music has always been there and guided him through the highest highs and the lowest lows. It is his goal that through music, he will be able to positively affect listeners in the same way that it has served him.

Alongside Jah Sun and Thompson is Lexington Mainard on keys. Lex is from Eugene, Oregon and has been into music from a very young age. At 6, he received a mini electric guitar from his aunt and uncle. This started his journey as a musician. He began playing keyboards at around the age of 18 and decided that was what he wanted to continue playing and performing on professionally. To this day, music remains his biggest passion and is an expression of himself and his soul. Lex gives it all to God in acknowledgement of the talents he has been blessed with in life.

On bass and harmonies is Beau “Arrow” Sheppard. Growing up in the Southern California surf scene, Arrow was nurtured by a musical culture. With early sonic influences like Bob Marley and the Wailers, Paul Simon, Devo, and Fleetwood Mac, he discovered a passion for rhythm, harmony, and beat. Applying this to his singing and playing, he succeeds in conveying joy for life, while flowing like the ocean.

Rounding out the band on drums and harmonies is Nick “Kirbz” Kirby who comes from the small town of Oakland, Oregon. Kirbz has been playing music since he was 2 years old. If he’s not playing drums, he’s playing bass, guitar, or he is in the studio engineering. Kirbz has learned that playing and performing music does something internally for each and every person out there in a positive way. Music has gotten him through many obstacles in life, and therefore, music is his passion.

Joining this kindred group of West Coast musicians is producer and multi-instrumentalist Jallanzo. Born and raised in St. Catherine, Jamaica, he has shared the stage and studio with reggae legends and upcoming artists all over the globe. Jallanzo is especially known for his psychedelic dub sound.

Combined, these musicians form Jah Sun and The Rising Tide. Through their music, these artists are spreading waves of positivity, love, and respect in the hopes of awaking in their audience a desire to live to their ultimate potential.